Will The Masters Favorite Struggle To Conquer Augusta, Again? 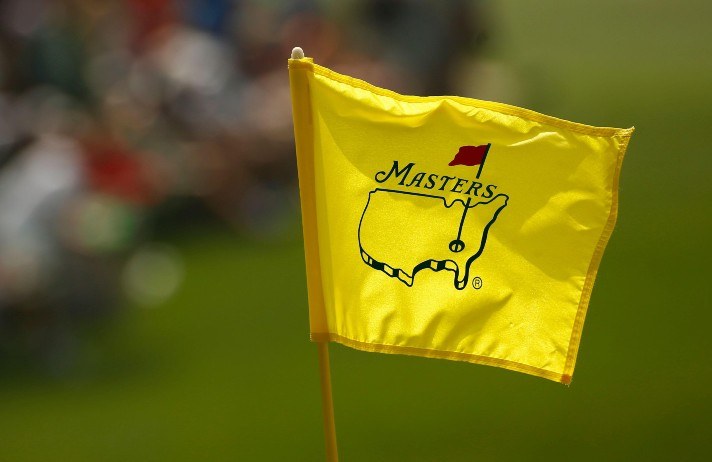 The world’s best golfers will make their way to Augusta, Georgia, next week to battle it out for the Masters, the first Major of the year. Japan’s Hideki Matsuyama will host this year’s Champions Dinner on the eve of the tournament which gets under way on April 7.

The Masters remains the only one of the four Majors to be contested at the same course every year and Augusta will be primed to look its very best once again. Matsuyama claimed last year’s Green Jacket by the smallest of margins and this year’s tournament could well come down to the final pairing on the final evening.

Matsuyama is one of the outsiders for this year’s tournament with many of the leading golf betting sites, just as he was 12 months ago when he became the first Japanese golfer to win a Major. The 30-year-old was +6000 to finish top of the leaderboard.

Could Matsuyama, or another outsider, be measured up for the coveted Green Jacket this year, or will the favorite break a voodoo that has been associated with the Masters for the last 36 years? We break down the key factors worth considering when betting on this year’s Masters.

Whether it’s the challenging set-up of the golf course, which includes the tricky Amen Corner, the collective term for the 11th, 12th and 13th holes, or whether it’s the pressure of being tipped to win by so many, the favorite rarely leaves Augusta as the Masters champion.

Since 1986, only two golfers have successfully handled the pressure of starting the tournament as favorite and gone on to win. One of those golfers is Tiger Woods, who won four of his five Masters titles as the favorite in 1997, 2001, 2002 and 2005.

The other member of that elusive club is Fred Couples who embraced the favorite tag to win the Masters in 1992 by two strokes. Couples had moved to number one in the world’s ranking the week before and he kept his nerve to hold off the challenge of everyone else.

The omens, therefore, are not great for Jon Rahm who is the favorite on the majority of the leading sports betting sites. The Spaniard’s record of four successive top 10 finishes at Augusta suggests he might be able to handle the pressure and break the hoodoo, but his best finish of fourth came in 2018. Rahm will hope to avoid the embarrassment suffered by last year’s favorite Dustin Johnson.

Johnson (+800) was the favorite to win the Masters for the second time in five months having won his first Green Jacket when the tournament was held in November 2020 because of the Covid pandemic. However, an opening round of 74 was followed by a disappointing 75 and Johnson became the first favorite since Tom Kite in 1993 to miss the cut.

Rahm has made the cut in all five of his appearances at the Masters and has an average finishing position of 10th which is slightly better than the average finishing position for the Masters favorite, since Woods won in 1997, which is 11th. However, the last three favorites - Dustin Johnson, Bryson DeChambeau and Rory McIlroy - have all failed to finish in the top 20.

Others In The Top 10 Offer Better Value

Now that we’ve established that favorites tend not to do well around Georgia’s picturesque course, who should you consider to be this year’s Masters champion? We have studied the performances of all the non-favorites listed in the top 10 of each tournament since 2000, and the findings are very revealing.

Of the previous 22 tournaments, the Masters has been won 11 times by a golfer starting the week positioned second to seventh in the betting market. Three players who started as second favorites with the leading golf betting sites, have won the Masters since the turn of the century.

Phil Mickelson, who will miss his first Masters in 28 years after deciding to take an indefinite break from golf, did it twice. The first time was in 2006 and then four years later in 2010 before Jordan Spieth did it in 2015 while Dustin Johnson was second favorite in 2020 when he won the tournament.

Of the last nine champions at Augusta, six of them were in the top 10 betting market prior to the start of the tournament without being the favorite. Before Dustin Johnson won two years ago by five shots, the largest winning margin since Tiger Woods’ 12-shot margin in 1997, Woods was third favorite when he rolled back the years to win his fifth Masters in 2019. Adam Scott (2013), Bubba Watson (2014), Jordan Spieth (2015), Sergio Garcia (2017) complete that list.

In the previous 22 tournaments, the Masters champion has been in the top 10 a total of 14 times, so the signs are good for the top 10 golfers in this year’s betting market. Finding the winner, though, might not be an easy task.

Seven of the 10 players leading this year's market with many of the golf betting websites, are Major winners with 17 between them. Brooks Koepka and Rory McIlroy lead the way with four each while Jordan Spieth is hoping to join them on four by being invited to the Butler’s Cabin after the conclusion of this year’s Masters.

Collin Morikawa has won two of the last six Majors and after finishing tied for 44th and 18th, he hopes this year will be a case of third time lucky. Morikawa will hope for an improvement on his golf after being knocked out of the WGC Match Play tournament in the Round of 16 last week in Texas.

Ever since missing the final two days at last year’s Masters, Dustin Johnson will have analyzed every bad shot he played to figure out how he can go from winning the tournament by five shots to missing the cut five months later.

Rahm has been the world’s best player over the last couple of years and a second Major win could see him return to the top of the world rankings after dropping to second following his exit in the WGC Match Play in the Round of 16.

Cameron Smith will arrive at Augusta in great form after winning this year’s Players Championship at Sawgrass. While that tournament is not classed as a Major, it is regarded by many as the unofficial fifth Major.

Making up the betting top 10 are Americans Patrick Cantlay and Scottie Scheffler. Cantlay is fourth in the world ranking, three places behind Scheffler who became the world’s number one after winning the WGC Match Play in Texas.

Backing A Rank Outsider Can Pay Off

Backing one of the top 10 golfers in the betting market to win this year’s Masters might not prove the most profitable move with all players priced +1800 or shorter with the majority of golf betting sites. So where does the greater value lie? The Masters has produced some fairytale stories over the years and you don’t have to go that far back for some very high-priced winners and runners-up.

When Zach Johnson shocked the golfing world by winning the Masters in 2007, he did so by upsetting the +12500 odds placed on him before the first shot of the tournament had been hit. Many thought it was a one-off, but Johnson’s success clearly inspired other rank outsiders.

The winners in the two years that followed Johnson’s glory, were priced +12500 or higher. Trevor Immelman began the week +15000 in 2008, but that didn’t stop the South African from winning the tournament by three shots.

Completing the hat-trick of long-shots to win the Masters, was Argentinian Angel Cabrera who needed a playoff to defeat Americans Chad Campbell and Kenny Perry. Cabrera, who was priced at +12500, remains the only Masters champion from South America.

In 2010, Phil Mickelson restored order and ended the run or rank outsiders being measured up for the Green Jacket. But a year after Mickelson’s third Masters win, Charl Schwartzel came from nowhere to beat Australians Adam Scott and Jason Day. South African Schwartzel birdied his final four holes to win by two strokes after starting the tournament +10000.

Last year, Will Zalatoris almost added his name to that list of shock winners at Augusta. The Californian was priced at +15000 before the start of the tournament and came up just one shot short of the eventual winner Hideki Matsuyama. Zalatoris, last season’s PGA Tour rookie of the year, has seen his odds to win this year slashed considerably.

The 2020 Masters saw second place shared by two rank outsiders. Had it not been for the brilliance of Dustin Johnson, golf fans could have seen a playoff between Sungjae Im and Cameron Smith. Both golfers were +10000 before the tournament started, but both had to settle for a share of second place, five shots behind Johnson. So if you have betting offers to use, why not try it on an outsider for this year's title.

Whether this year’s Masters is won by the favorite, an outsider or a golfer ranked in the top 10 in the betting market, Augusta will once again provide plenty of intriguing storylines that will keep golf fans gripped.