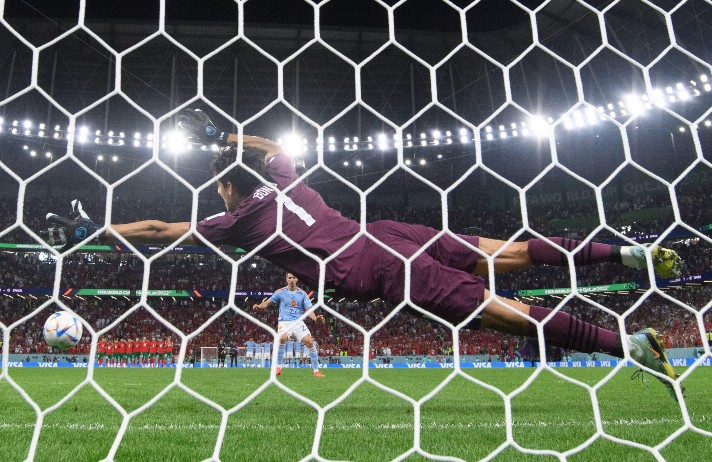 This World Cup continues to provide shock after shock as many of the pre-tournament favorites have been eliminated before the quarter-final stage. Germany, Belgium and Spain are among the big-name departures, while Morocco, who beat Spain on penalties to set up a quarter-final with Portugal, have been one of the surprise teams.

Brazil showed why they are favorites with many of the leading World Cup betting sites by beating South Korea 4-1, but England, Argentina and holders France are not too far behind Brazil on the outright market.

Ahead of the quarter-finals, we have analyzed all 56 games played so far to highlight what bets are more likely to win as the tournament moves towards its finale on Sunday 18 December. Check out our World Cup betting stats preview for more historical data that could help you find more winning bets throughout the tournament.

A Swing From Under To Over 2.5 Total Goals

If the group stage was all about low-scoring games, then the knockout stage is goals galore. The group stage averaged 2.5 goals per game, but the knockout stage has started with a bang with the eight Round of 16 ties producing 28 goals. That works out at 3.5 goals per game. Over 2.5 goals was a winning bet in three of the eight Round of 16 games four years ago in Russia.

Over 2.5 total goals was a winning bet in 39.6% of the 48 group games, but that percentage has risen to 75.0% in the knockout stage. This is valuable data if you were planning to place a bet or two on your favorite soccer betting app. The tone was set in the first Round of 16 tie, when the Netherlands beat the United States 3-1 to progress to the quarter-finals.

Only two Round of 16 games have seen under two goals or fewer scored, and they were both decided on penalties. Croatia beat Japan after their 1-1 draw, while Morocco knocked Spain out on spot kicks following their goalless draw.

Of the eight teams still in with a chance of being crowned world champions, England and Portugal lead the way with 12 goals scored. The Moroccans have reached the quarter-finals by scoring just four goals, but they have kept three clean sheets in their four games so far.

Elimination Forces Teams To Be Braver

Fans of 'both teams to score' were disappointed during the group stage of this World Cup. Of the 48 games played to decide which 16 teams made it out of the group stage, only 20 (41.7%) saw 'BTTS' land.

However, as expected, the first round of elimination games has forced teams to attack more, especially if they have conceded the first goal. So, it's no surprise that BTTS has landed in six (75%) of the eight Round of 16 games played, which is the same as four years ago in Russia.

Only three of the 16 teams that made it out of the group stage failed to score in the Round of 16. Senegal had their tournament ended in a 3-0 defeat to England while Spain and Morocco could not muster a goal between them in 120 minutes of action.

With semi-final places now up for grabs, it's highly likely that we will see both teams scoring in the four quarter-finals that get underway when Croatia take on Brazil, who are favorites to win this game on the leading soccer betting sites.

More First Half Goals In Round of 16

Much of the talk during the group stage of this tournament was about how few goals were scored in the first half of matches. Only 43 (35.8%) of the 120 goals scored in the group stage, came in the first half. There seems to have been a shift in philosophy by teams in the knockout stage, where they want to take control of the game as early as possible by opening the scoring.

In the Round of 16, the gap between first and second-half goals closed considerably. Pepe's powerful header for Portugal in their 6-1 demolition of Switzerland was the 13th (46.4%) first-half goal scored in the knockout stage, while Rafael Leao's injury-time goal to complete Portugal's scoring, was the 15th (53.6%) scored after half-time.

Goncalo Ramos bagged the first hat-trick of the tournament in his first-ever start for Portugal. Ramos replaced Cristiano Ronaldo for the biggest game in his short career and he did not look out of place. He is the first player to wear the number 26 shirt to score in this tournament, and if given a place in the starting lineup against Morocco, there may be more goals to follow.

Players wearing the number nine shirt remain the most prolific with 21 goals scored, while those wearing the number 10 shirt, including the tournament's leading scorer Kylian Mbappe of France, have scored 15 times. The only outfield shirt numbers yet to score are 12 and 16. Notable players who could change that narrative include Kieran Trippier for England who wears the number 12 shirt and Portugal's PSG midfielder Vitinha who wears 16 for his country.

Remember to check out our enhanced offers page throughout the tournament for the very best daily boosts.