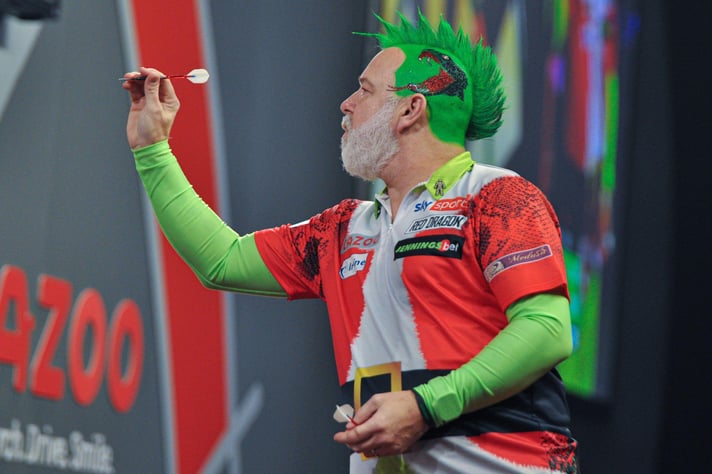 The World Darts Championship is one of the most colorful events in the sporting calendar. Set in the atmospheric Alexandra Palace, you will find the best tungsten titans in the world going toe-to-toe on stage, against the backdrop of fans dressed in outfits ranging from clowns to traffic cones. The tournament runs from December 15, all the way into the New Year, when the final takes place on January 3.

We are now down to the final four, and there are one or two players left who betting sites wouldn't have expected to reach this stage of the tournament.

The current favorite with betting sites is the three-time champion, Michael van Gerwen. One thing we’ve learned over the past couple of weeks is that is going to take something extra special to stop van Gerwen from winning his fourth World Championship. The Dutchman appears to have very few chinks in his armour, and it is likely that he only has himself to beat in the final stages of this year’s tournament. Van Gerwen didn’t need to get out of second gear in his quarter-final against Chris Dobey, winning in a 5-0 blitz.

It was also the fourth game in a row where Van Gerwen averaged over 100.  Van Gerwen’s opponent, Dimitri Van den Bergh, will know the enormity of the task he faces here, having only won one of their previous 13 encounters. That sole victory came back in 2018, and van Gerwen won all four of their matches in 2022. Van Gerwen’s odds of -700 (1/7) on sports betting apps reflect how straightforward many people think this game will be for MVG.

Second in the betting is Michael Smith, who has been knocking on the door in recent years. ‘Bully Boy’ was the runner-up in last year’s event, while he also made it to the final in 2019, before losing to Michael Van Gerwen. Those two final defeats are sure to play on the mind of Smith should he reach that stage of the tournament again, however he has several wins to his name this year, including a PDC major, in the Grand Slam of Darts. He has also won three Pro Tour titles this year, so he comes into this year’s tournament in much better form than most.

Smith was reliant on his clinical finishing in his quarter-final win over Stephen Bunting, as he landed 47% of his doubles compared to Bunting's 24%. He will be hoping that this can be maintained in his semi-final as it redeemed his relatively low scoring on the night. Bully Boy averaged just 91.63 in his quarter-final - a number that is unlikely to send shivers down the spine of Van Gerwen.

The surprise package of this year’s tournament has undoubtedly been Gabriel Clemens, who was available on USA sports betting sites at odds of +30000 (300/1) in mid-December. The German put in one of the best performances of his career in his quarter-final against Gerwyn Price – a game that was overshadowed by Price emerging from one of the intervals wearing ear defenders. It was the first time that a German has ever reached the quarter-final stage of the tournament, and he certainly didn’t let the occasion get the better of him as he averaged just under 100.  Price’s mental fragility also played a huge part in the game, however, Clemens is very much in the semi-final on merit and may even be worth investing a free bet on to progress to the final.

Sky Sports will be showing all the action from Alexandra Palace for UK dwellers, while DAZN will be broadcasting the tournament for those residing in the USA and Canada.

Sean O'Neill
2 Articles
Sean is an all-round sports enthusiast, his biggest passions include soccer and horse racing, where he is a regular at his local Leopardstown track. When not watchingracing or soccer, Sean can be found looking for his stray drives on the golf course.
Read Articles